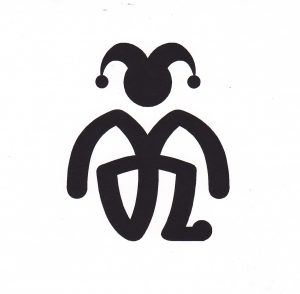 Since April 2008, Varna Puppet Theatre is a base of the newly established non-profit Puppet Therapy Association.
The Association aims at promoting and implementation of the idea of using the puppet during the treatment and education process as a mediator between the treating (educating) staff and the treated (educated) persons; collaboration with the Puppets and Therapy International Association and other similar organizations.

The very same year, two puppet therapy workshops were included in the programme of the 14th edition of The Golden Dolphin ITF that were welcomed with great interest by psychologists, physicians, teachers and social workers. The seminars were led by Madeleine Lyon, president of the World Puppet Therapy Association.

The association contemplates puppet therapy for children and adults with psychophysical troubles as well as for healthy children with educational purposes and development of dexterity and artistic skills, implementation and presentation of performances at health centres and educational establishments, seminars, conferences, workshops, edition of specialized materials, etc.

Actors from the theatre have been leading for three consecutive years the workshops in a summer project called Theatre Puppet Workshop financed by Varna Municipality. Disadvantaged children and young people are successfully integrated and collaborating with their coevals.

The Puppet Therapy Association and Varna Puppet Theatre have been supporting the operation of the Psychic Health Centre, in particular the theatre studio to the Methadone Programme. The young people prepare their puppet performances there by making by themselves part of the puppets and the scenery, while the theatre provides to them other - real, professional puppets. Actors and experts from the team visit the Centre frequently - they consult, help the puppet workmanship and also the rehearsing process. The theatre made its stage and stage equipment available for free for the presentation of the performances The Process and Night Birds in front of various homes for children deprived from parents' care.

Young people from the Centre participated in the theatre's summer project under the Youth's Activities Programme of Varna Municipality - Theatre Puppet Workshop.

With the assistance of the Puppet Theatre, the most active young people were involved as extras in a performance from the 18th International Puppet Festival in Varna.

On June 17, 2011. at 10.00 am in the building of the State Puppet Theater - Varna took place a joint presentation of the art studio and theater studio at the Center for Mental Health - Varna. The young people exhibited their paintings and sculptures in the foyer of the theater, and at 11.00 am a puppet adaptation of favorite children's songs and tales was presented on the stage.
The event is part of the project of the Center " Complex model for rehabilitation and reintegration of drug addicts", which is implemented with the financial support of the Human Resources Development Operational Programme, co-financed by the European Union through the European Social Fund.
The presentation of the activities of the two studios took place with the support of Varna State Puppet Theater. The guests of the holiday were the children from the kindergarten "Temenuzhka", as well as specialists working in the field of addictions from Germany, Italy, Austria and Luxembourg.

The biggest project done internationally is "Little Prince" 2018 -  a result of a creative collaboration of Puppet Therapy Association NGO and the Italian Cultural Association “Umbri-a-concerto”  with the participation of young people with special needs from the reception center “Aldo Moro  in Gubbio, Italy. The project was co-funded by the Cassa di Risparmio di Perugia Foundation.
The project and the show, which is its main conclusion and result, were fully integrated into the activities and objectives of the center, which aim to "enhance the people's with disabilities potential by encouraging the development of their autonomy by encouraging the improvement of their social life ". Three workshops have been held so far (November, January and April) to prepare the show together with Loredana Porpora (director), Diana Tsolevska (co-director, Puppet Therapy Association), Vera Stoykova (show direction, Puppet Therapy Association) and Andrea Giacometti (curator of soundtrack, president of Umbri-a Concerto): during these workshops all the participants, the youngsters of the center, the parents and the operators, collaborated together to produce the required material for the screenplay. The show was held on April 19, 2018 at the Luca Ronconi Theater in Gubbio. This was a composite-show: it was realized through a "black box" that screen videos and recorded music; the actors, boys and girls of the centers, acted simultaneously with this multimedia. The videos were part of the material made during these seven months together with the youngsters of the center, so the actors related to themselves, with their images and their artistic expressions, past and present. Only one actor recited dialogues, as a voiceover. Preparing and staging the show allowed all the boys and the girls to express themselves through all their expressive skills, acting, singing, drawings, sculpting... this created a mixed-art show that allowed everyone to enhance his or her expressive skills.

In January 2021, Ms. Vera Stoykova - Director of SPT-Varna was invited to give lectures on the subject "Art Therapy. Puppet Therapy" in front of master students in "Rehabilitation, Thalassotherapy, Wellness and SPA" at the Medical University" Prof. Dr. Paraskev Stoyanov "- Varna.